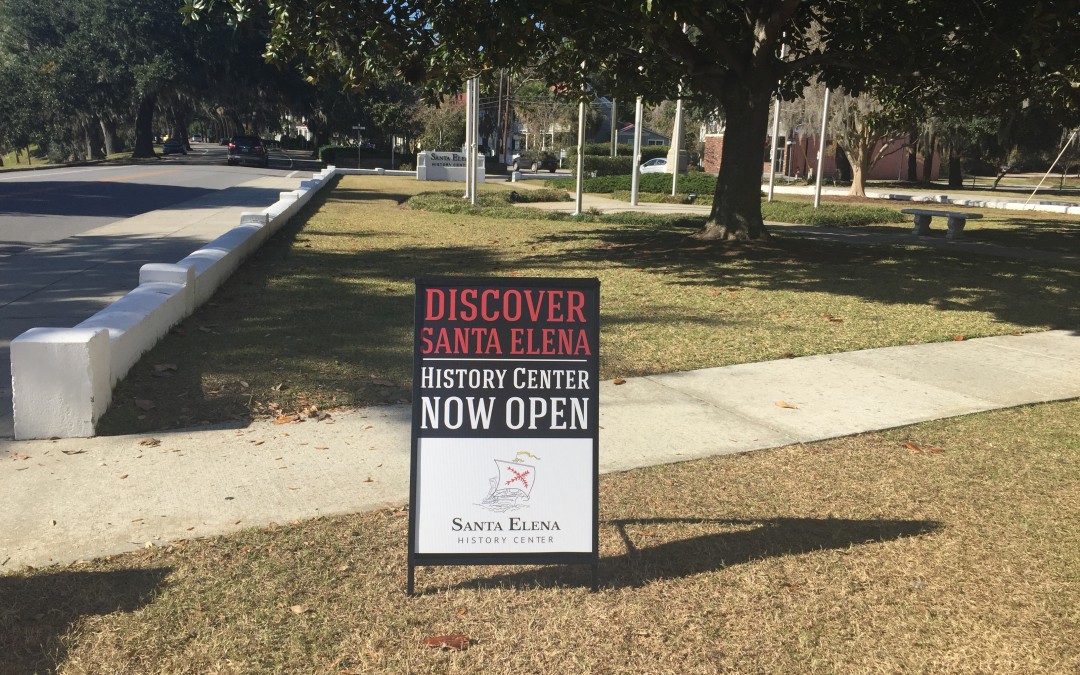 Housed in the old Federal Courthouse building (which has a history of its own) on Bay Street, the building and grounds are undergoing some modifications in preparation for the inaugural exhibit, which will open in the spring of 2016 to commemorate the 450th year of the founding of a Spanish settlement in the Port Royal Sound area. The refaced monument sign now reads Santa Elena History Center, a sandwich board sign reads “now open,” designs for window graphics are being reviewed, a lobby sign is in the works, and a museum panel detailing the history of the building is in production.

Currently, the History Center houses exhibits about Santa Elena, the archeology site on Parris Island, and archaeology in general. Additionally, the History Center hosts lectures and events about such topics as 16th century maps, Spanish wines, the art of Jacques Lemoyne, navigation tools of 16th century explorers, Santa Elena archeology, a tour of the Santa Elena dig site on Parris Island, and “Camp Dig It” for kids.

The planned inaugural exhibit, which will open in the spring, will be housed on the second floor of the building in a 2,500-square foot exhibit area that was once a stately mahogany-walled courtroom, judge’s chambers, and deliberation rooms. The new exhibition space with interactive displays and life-size museum display panels will chronicle the early exploration of the Florida and South Carolina coasts, the role of different explorers, the establishment of Charlesfort and Santa Elena, and life during that time period.

It’s an exciting time at the Santa Elena History Center. The great things happening there are definitely worth discovering, and we hope our A-frame Signs make them easier to discover.