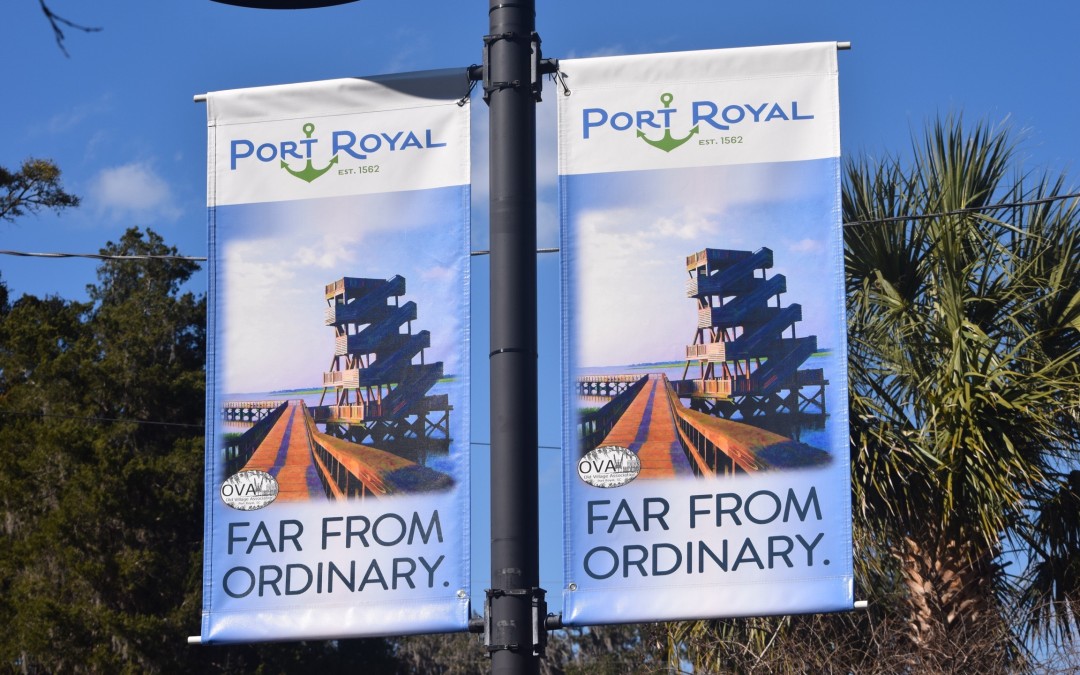 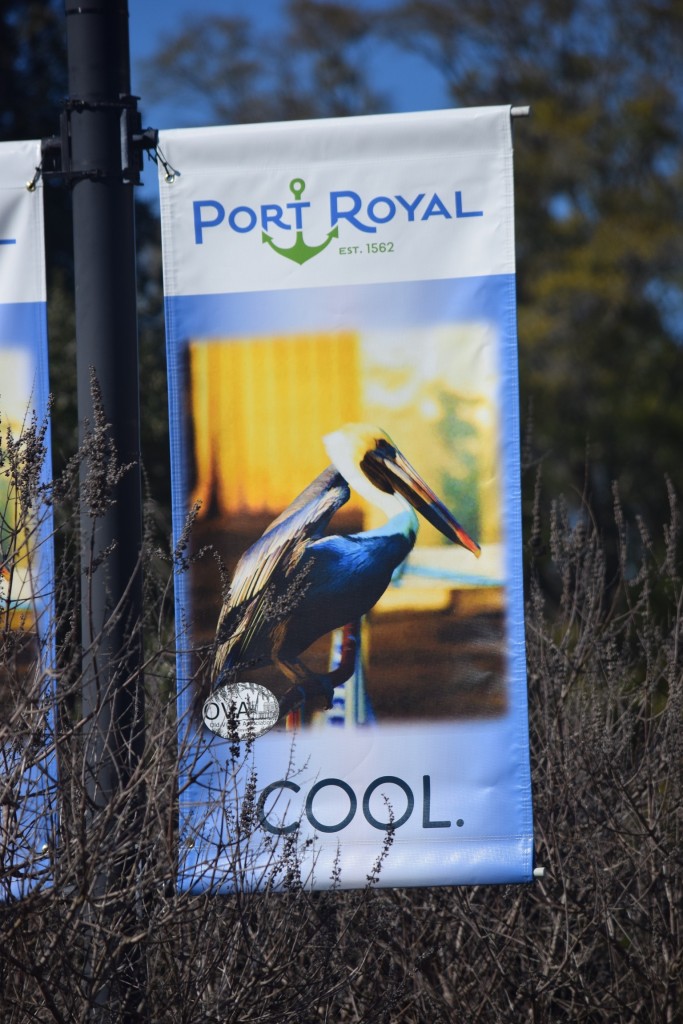 Cool. Coastal. Far from Ordinary. That’s the town of Port Royal, South Carolina’s tagline. It’s also what is displayed in large type on the new street pole banners on Paris Avenue in the Old Village, on the bridge leading to Bluffton, and elsewhere around the town. The new pole banners also feature the town’s anchor logo, the Old Village Association logo, and artwork with images that are representative of Port Royal—a pelican, a shrimp boat, and the observation tower at Sands Beach. 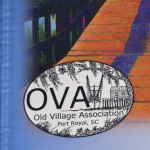 The town displays holiday-themed pole banners with shrimp boats from November until January and wanted to further brand the town throughout the remainder of the year with banners that capture the essence of the town and reinforce the identity—Cool. Coastal. Far from Ordinary.

The town adopted the new tagline and logo a few years ago in effort to set itself apart from neighboring Beaufort, Bluffton, and Hilton Head. For those who know Port Royal, the town does have a different vibe from the surrounding towns. Established in 1562, the town has a rich history and deep connection to the water. Flags from five different countries have flown over the town starting with the Spanish flag in in 1521. Early explores were enticed to the area because the deep natural harbor—the second deepest natural harbor on the East Coast. The deep harbor continued to be a draw for industry throughout the town’s history with battleships and shrimp boats docking nearby. 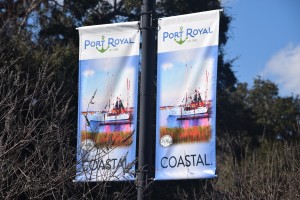 The connection to the water continues strong today. Port Royal takes pride in the abundant natural environment and location on the water with a network of walking trails, a community beach, a boardwalk, access the Spanish Moss Trail, and as home of the Cypress Wildlife Preserve. Additionally, Port Royal is a growing venue for events and festivals. Just this past weekend on Paris Avenue, the town hosted Bands, Brews, and BBQ. In April the Old Village Association hosts the Soft Shell Crab Festival. Come find out why Port Royal identifies as Cool. Coastal. Far from Ordinary. When you see the street pole banners, you will know that you’ve arrived. 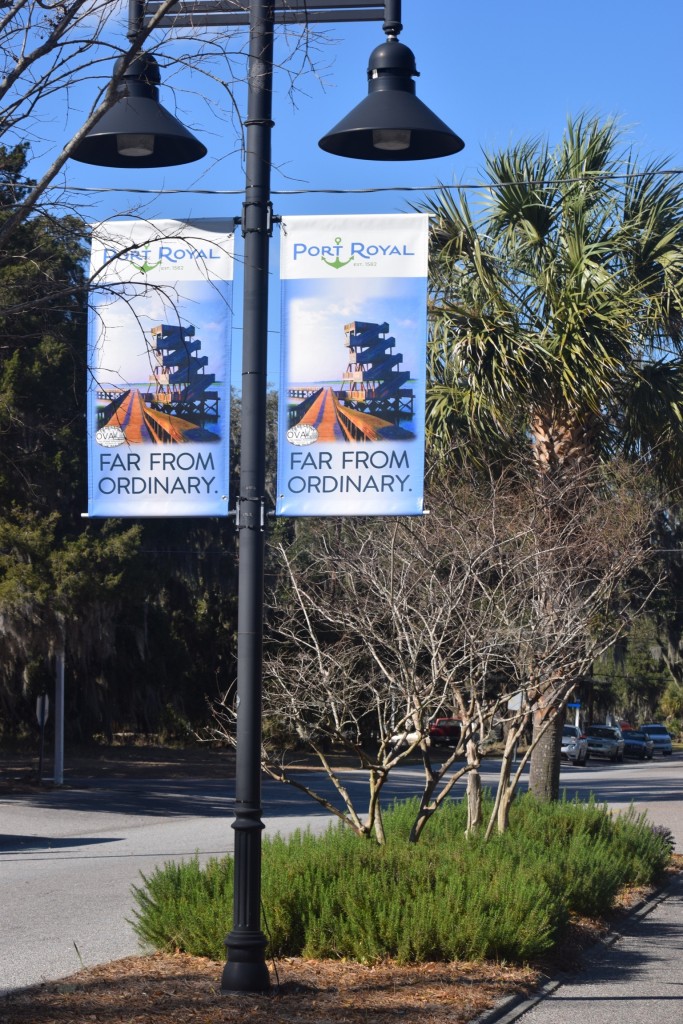 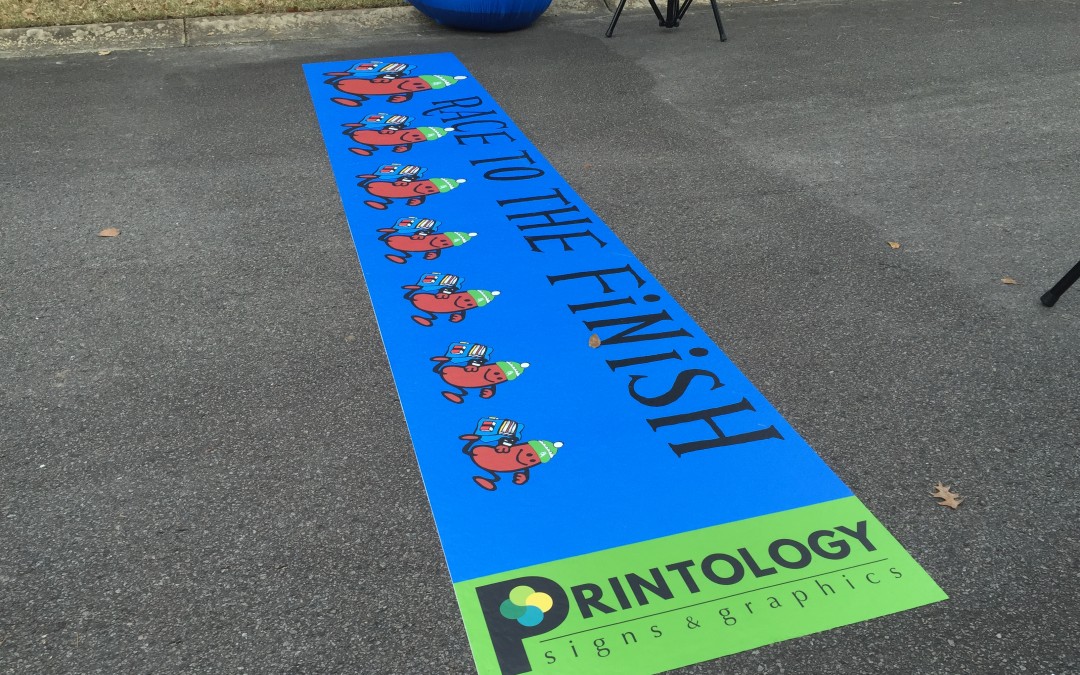 Racing to the Finish with New Event Signage

Now in its third year, Beaufort Academy’s Chilly Bean 5K & 10K and Chili Cook-Off held Super Bowl weekend at Coosaw Point on Lady’s Island in Beaufort posted another personal best this year. With a sellout crowd of 500 runners and around 40 chili cook-off entries, race organizers estimated that the event would raise close to $10,000, twice the amount raised last year. The proceeds will benefit BA’s Parents Association and Operation Backpack. 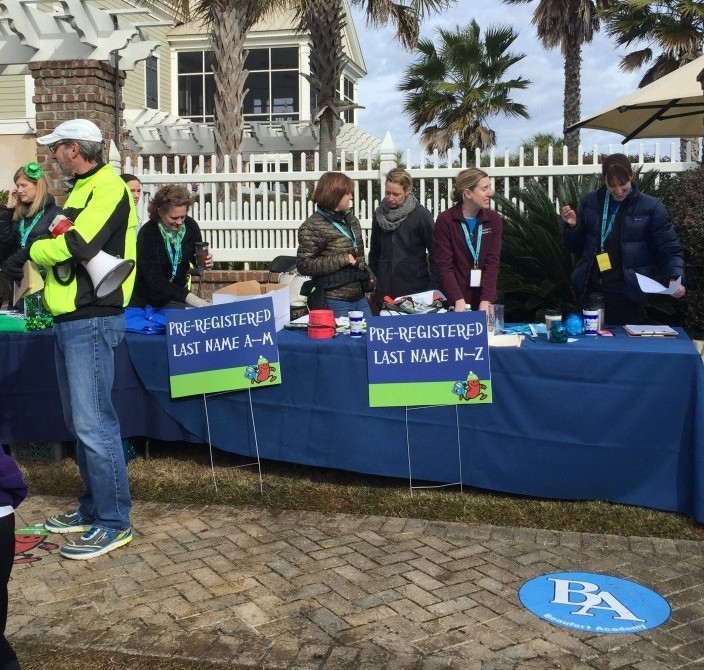 As the event has grown from about 175 in its first year to 500 this year, race organizers anticipated the need for improved event signage. They decided to replace the handmade race signs with professionally printed event signage – parking signs leading to the lots, registration signs for race packet pick-up, directional signs pointing the way for runners, and sponsor boards acknowledging businesses that made donations. 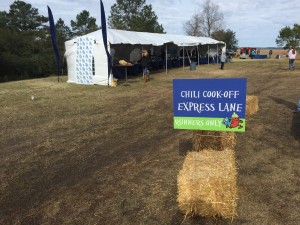 A selfie photo backdrop and street graphics at the finish line and scattered around the event just added to the festive atmosphere at the race and chili cook-off. The new event signage builds on the Chilly Bean brand with the Chilly Bean mascot and bright blue and green theme colors and seems to be setting the pace for other running events in the area. 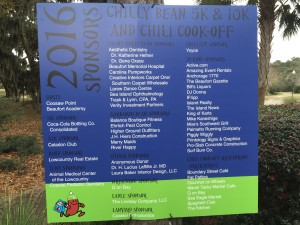 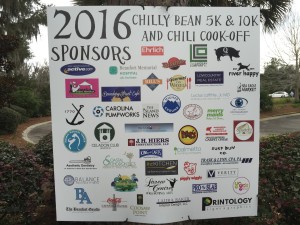 And the Chilly Bean places perhaps first in the area for the use street graphics as part of the event signage – something the owners at Palmetto Running Company in Hilton Head and Bluffton hope to incorporate in other running events they put on. So look for more street graphics at upcoming races at Palmetto Bluff in Bluffton and other running events in the Beaufort and Hilton Head areas of the Lowcountry. 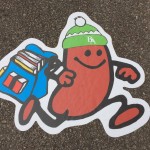 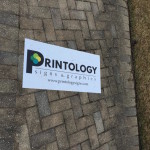 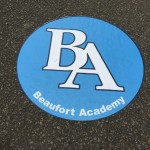 BA logo on the sidewalk