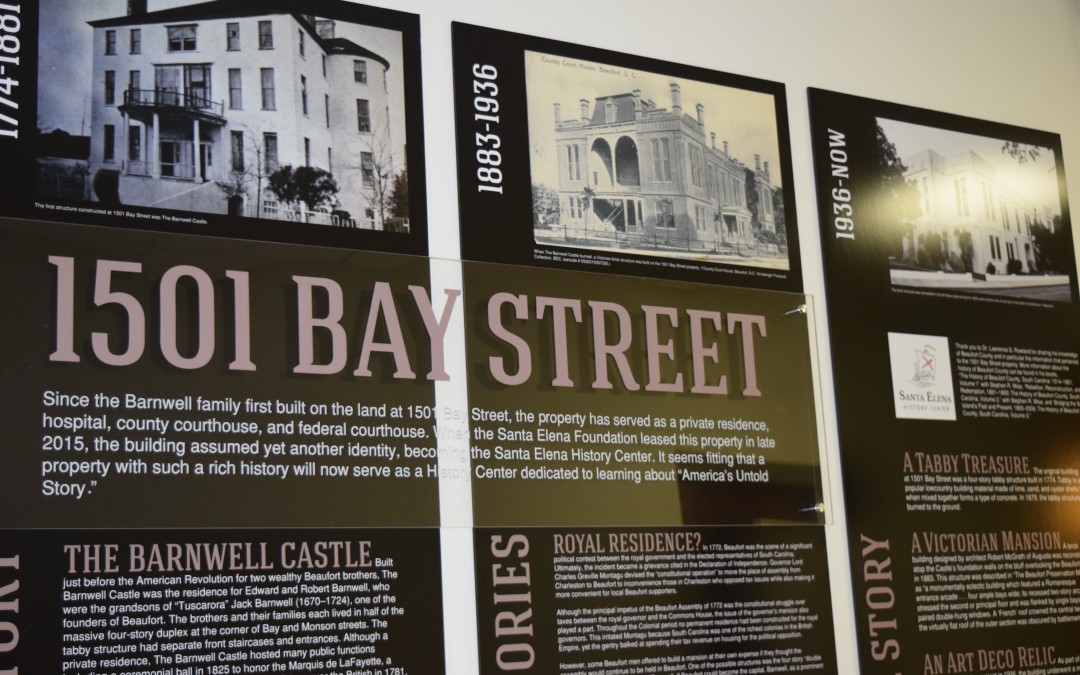 Beaufort, South Carolina’s newest history museum, the recently opened Santa Elena History Center on Bay Street in the historic district of Beaufort, is housed in a building with a history of its own. And its history is fascinating. So much so that the History Center decided to create a museum exhibit dedicated to telling the story of 1501 Bay Street.

The 1501 Bay Street Exhibit includes four interpretative museum display panels detailing the chronological story, the intriguing stories, and the architectural story of the site. A 14” x 50” acrylic display panel with cut vinyl lettering provides an introduction to the exhibit. Each of the 24” x 72” PVC display panels provides details about different aspects of the property and what happened there during the approximately 130-year history. 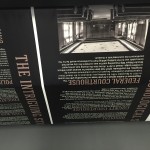 The panels coming off the wide format latex printer. 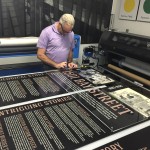 Positioning the standoffs on the acrylic panel. 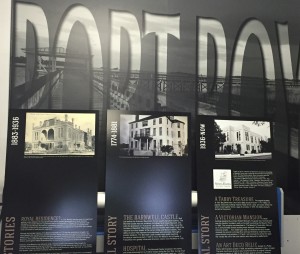 The first structure at 1501 Bay Street was built in 1774 and was the private residence for two Barnwell brothers and their families. During the Civil War it was used as a hospital for Federal troops. After the Civil War, it became the Beaufort County Courthouse. The original tabby building burned in 1879 and a brick Victorian building was constructed on the original foundation. In 1936, the building underwent a major renovation and was transformed into an Art Deco style, which remains today and is one of only two of this style of architecture in Beaufort. In the 1990s the building became a federal courthouse and remained so until 2014. And that is where the next story of the building begins. 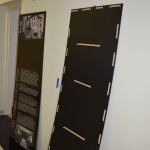 Ample tape was attached to the back of the museum display panels. 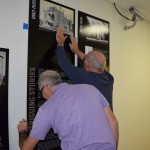 The interpretative panels were taped to the wall. 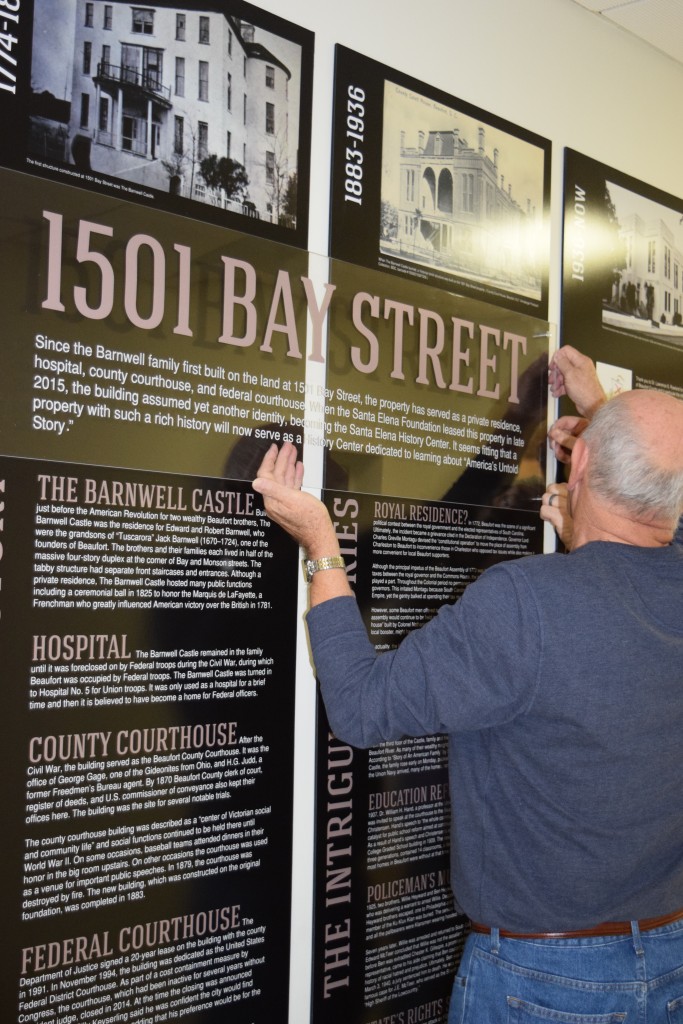 An acrylic display panel with cut vinyl overlaid on two 24 x 72 panels adds a dimensional look to the exhibit.

In 2015, The Santa Elena History Center signed a lease on the building with the goal of telling “America’s Untold Story,” which began on Parris Island in 1562. The main exhibit at the History Center, which will open this spring to commemorate the 450 anniversary of the founding of a Spanish settlement in Port Royal Sound, will feature an exhibit that  focuses on the race by Europeans to claim territory in the Lowcountry, the Spanish town of Santa Elena, and the archaeology involved with rediscovering “America’s Untold Story.” 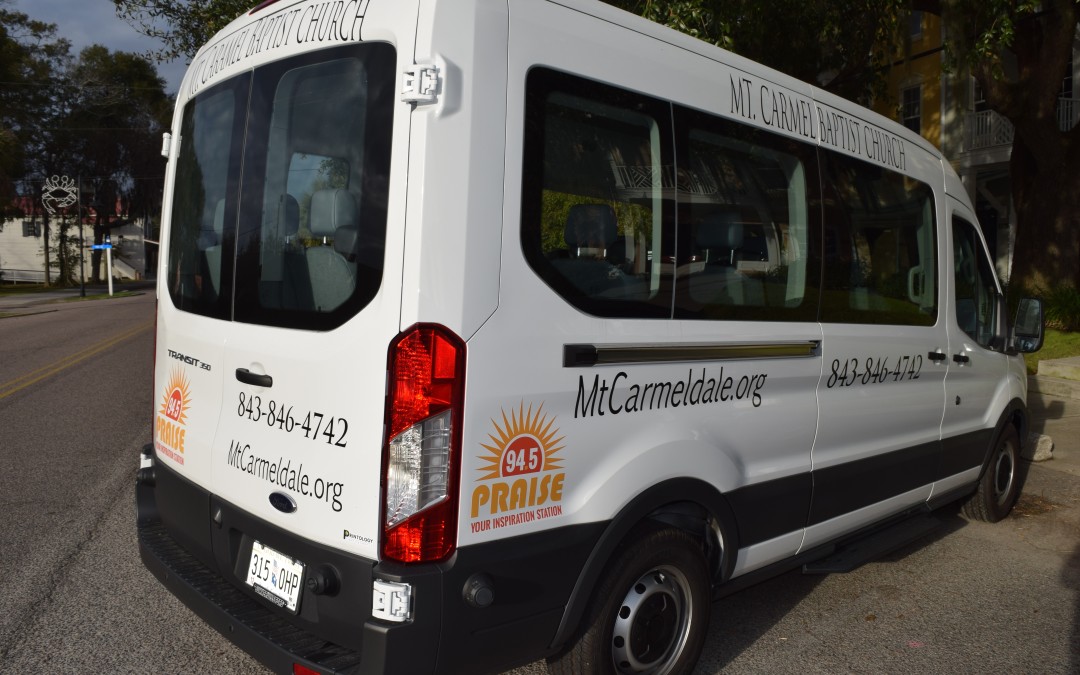 Vehicle graphics are proving to be a great vehicle for promoting and branding businesses, restaurants, churches, and schools. Research indicates that mobile branding with vehicle wraps and cut vinyl letters engages audiences more readily than more traditional forms of marketing. According to the Outdoor Advertising Association of America, vehicle wraps can reach up to 95 percent of the U.S. population making car, truck, van, bus, boat, and golf cart graphics a fantastic marketing and branding investment. 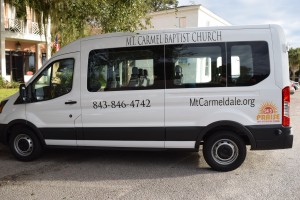 Vehicle graphics promote the mission of the church. 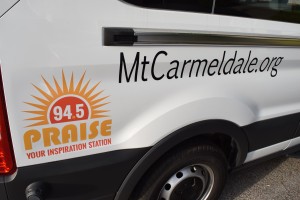 One of our recent vehicle graphics projects in the Beaufort area was for a church that needed some basic graphics on its new 15-seat passenger van. Mt. Carmel Baptist Church of Dale chose to have black cut vinyl letters with the church’s name, phone number, and website placed on three sides of the van. The color logo of the church-affiliated radio station was printed and applied to the back and sides of the van as well. The new vehicle graphics make the church van easy to identify while also providing valuable contact and outreach information in an easily readable design. The graphics basically serve as a mobile sign traveling wherever the van goes.

The new van is just one of many actions the church has taken to support its membership. From its beginning in 1868 when a group of recently freed blacks gathered to worship in Keans Neck, the historic Mt. Carmel Baptist Church of Dale in Seabrook, South Carolina, has aimed to serve the community as it membership and ministries have increased. The new church van, which will be used to transport seniors to and from activities in the Beaufort and Bluffton areas, is just one of its latest efforts to achieve its mission.